See our reviews
Ratings of Zicasso's Service
Rated Excellent Based on 1101 Reviews on TrustPilot
Customers rate Zicasso's travel referral service
4.9 on a scale of 1 to 5 based on 1101 reviews.
We match you with top tour companies that specialize in the trip you want, whether it’s a customized private tour or a group tour.

Modes of Transportation in Italy

About Transportation in Italy

The modes of Transportation in Italy embody the variety of ways you can travel around the Italian Peninsula on well-developed infrastructure. The many ways to travel around Italy make the far corners of the country easy, accessible, and efficient for locals and visitors. Whether traveling by train through the northern mountains or driving along the country roads of Tuscany, cruising by boat from Naples to Palermo or flying from Venice to Brindisi, Italy has convenient methods for transportation with extensive metros, comprehensive taxis, modern airports, and easy to manage ports, with travelers and locals traveling within the cities and around the country whether by train, car, bicycle, and boat.

Help Me Plan My Trip

You can have any trip tailor-made for your private travel.

Get inspired with our sample trips below. You can have any trip tailor-made for your private travel. Any number of days. Any departure date. Any experiences you want.

The train system in Italy is the most popular way to travel around Italy. The national company is Trenitalia, which runs most services, with the private company Italo offering high-speed trains between Turin in the north and Salerno in the south, along with Venice to Naples, or Brescia to Naples. All three services top in Bologna, Florence, and Rome before reaching their final destinations.

There are some important things to keep in mind that are unique to train travel in Italy. 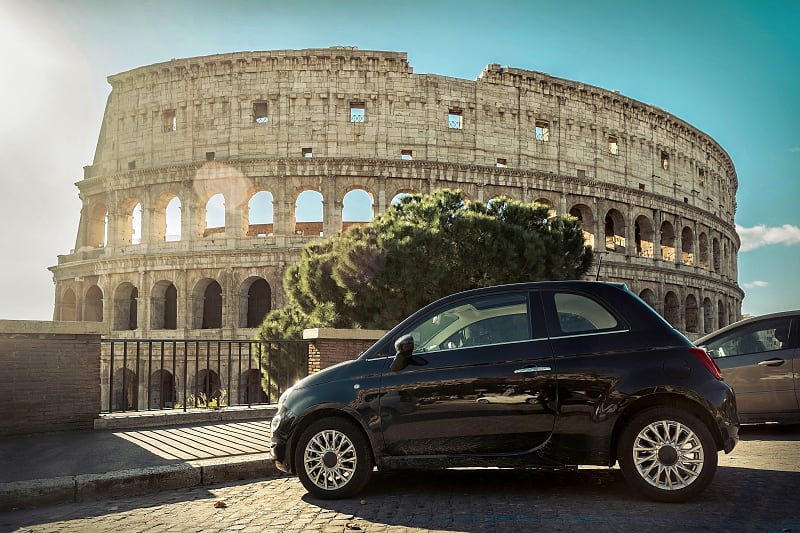 Italy has an extensive network of motorways, state-funded highways, and local streets making exploration by car easy, with even the most remote village accessible. Cars drive on the right side of the road, consistent with the United States and Canada.

Unless otherwise indicated, the speed limits in Italy are: 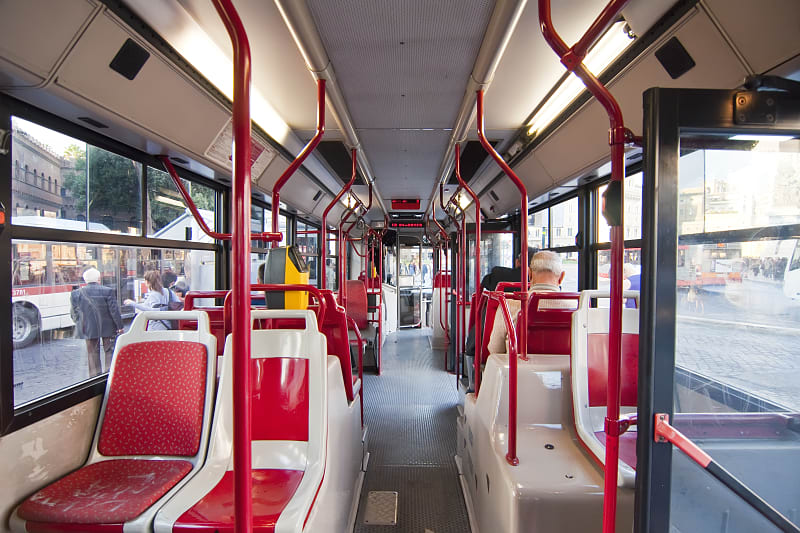 Traveling by bus can be an easy, efficient, and cheaper way to access the smaller towns and villages in the secluded areas of Italy not connected to the main cities by rail. Buses connect the vast streets of Rome, along with the InterCity bus companies reaching smaller towns such as Assisi in Umbria or Alberobello in Puglia. 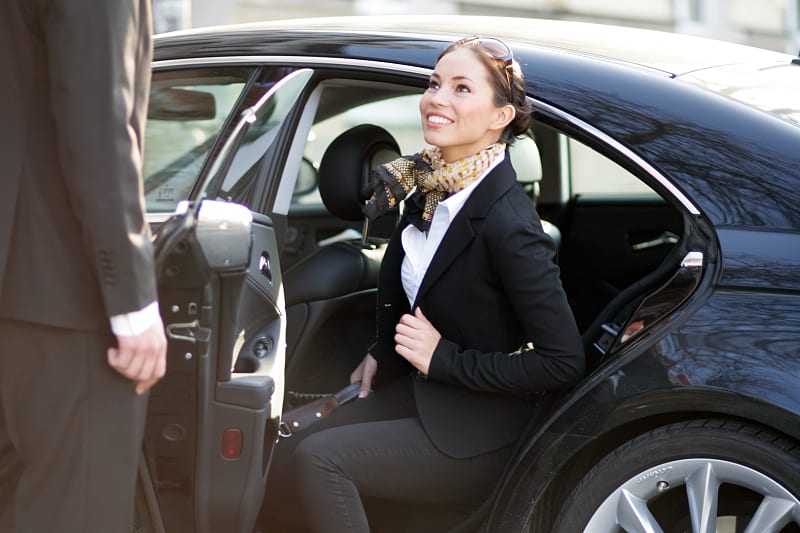 Traveling by a private chauffeur through Italy makes exploring easy and the small towns around each region accessible. Transferring or touring with a private chauffeur allows you to relax and enjoy the scenery Italy without the worries of navigation or paying attention to the rules of the road in a different country. Private transports between distant cities can be expensive and do not always reach their destination faster than the high-speed trains, but consideration should be given for shorter distances. 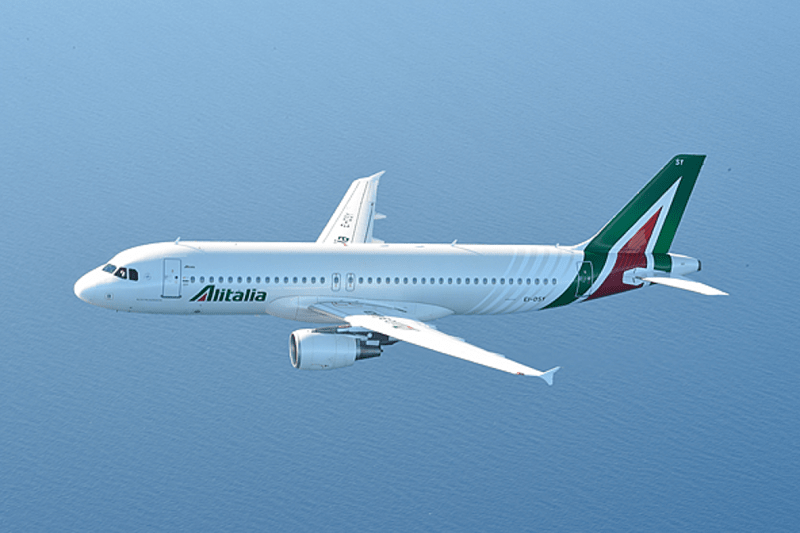 Italy has an extensive network of domestic flights using a variety of different airlines. Airport taxes are included in the overall price of a ticket, including the low-cost airlines providing quick, cheap services around Italy, the EU, greater Europe, and parts of the Middle East and North Africa. The general size of Italy and the easy-to-use rail network makes flying internally unnecessary if traveling between large cities at shorter distances. However, when traveling longer distances, such as between cities from north to south, a short flight can severely cut through the necessary travel time.

Finding accessible, luxury, and economical flights between cities in Italy is easy when using the airline websites or traveling aggregate sites. The duration and cost of the flights vary depending on the starting point and end destination. Some of the airlines known for domestic flights in Italy include: 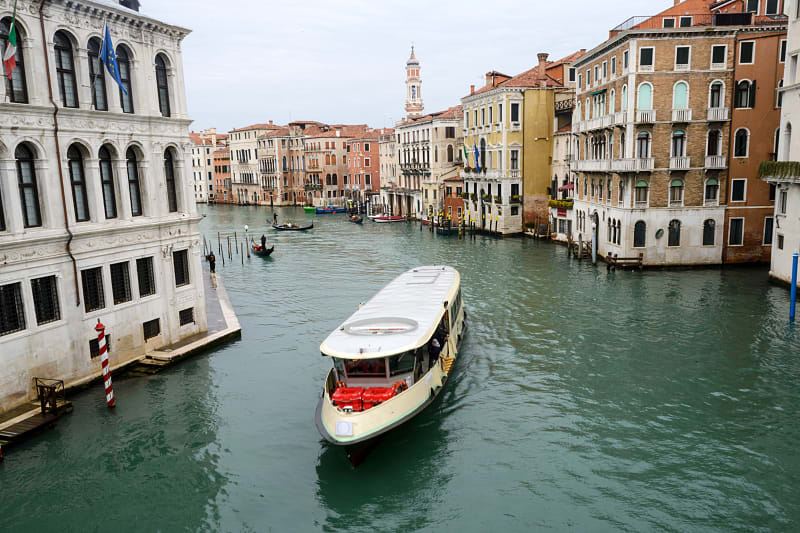 Travel by boat in Italy follows a variety of routes along the Mediterranean Sea reaching seaports across the Italian peninsula, islands, islands, and countries along the Adriatic or Tyrrhenian seas. Boats and ferries travel along the scenic waterways from cities like Genoa, Livorno, Civitavecchia, Fiumicino, Naples, and Villa San Giovani.

The primary companies operating the sea routes include:

Boats and ferries are also available on the famous lakes of Italy. Boat services connect the beautiful towns and villages on opposite edges of the lakeshores offering scenic panoramas on fast modern hydrofoils and historic steamboats.

The lakes on which the historic and modern boats travel include: 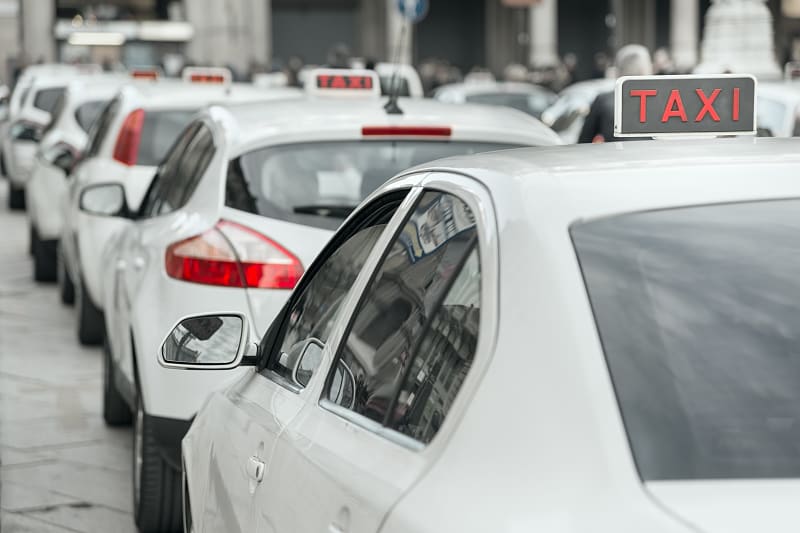 Taxis in Italy are easy to manage and a quick alternative to walking or taking the metro. Cab drivers in Italy are professional, friendly, and honest. 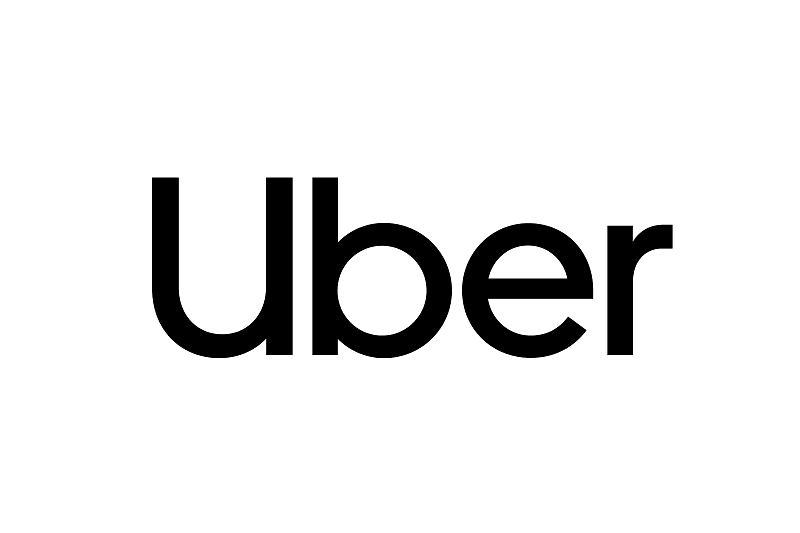 Ridesharing apps have grown in popularity and legality in Italy over the years but remain available only in large cities such as Milan and Rome. 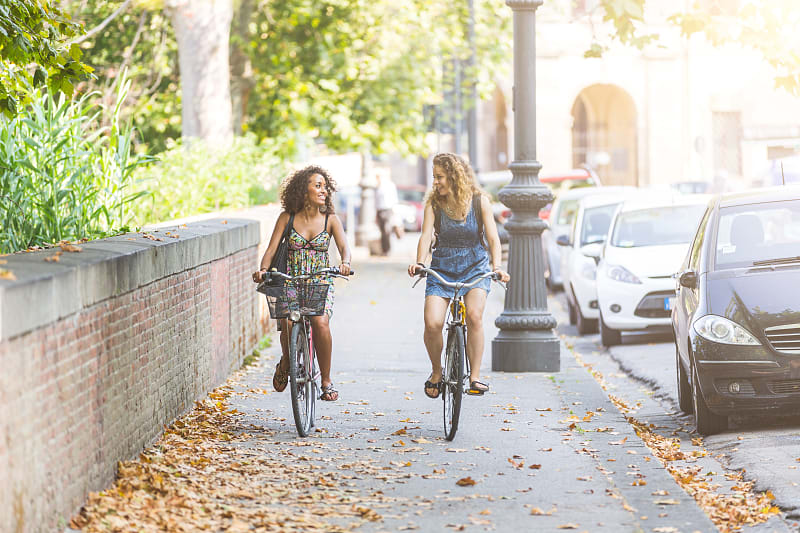 Cycling in Italy is a popular form of travel in large cities and around the countryside. 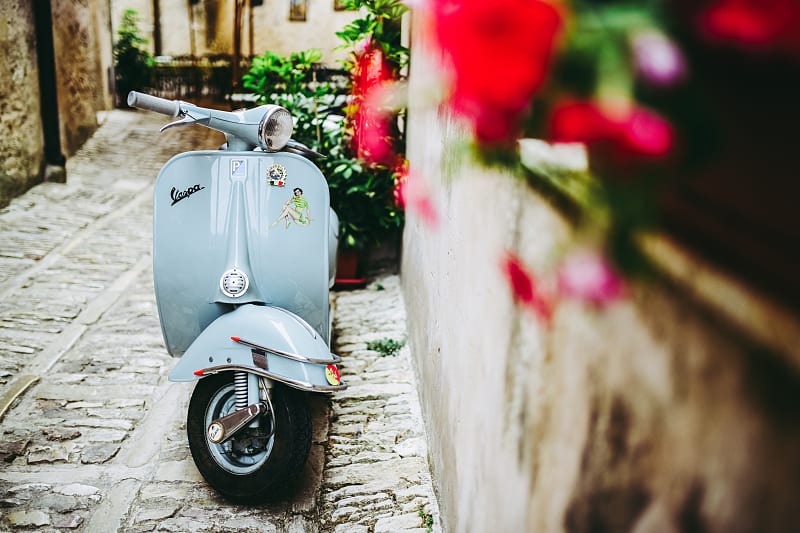 When imagining Italy, the image of cruising on the famous Vespa scooter through the streets of Rome or along the Amalfi Coast always comes to mind. Scooters are truly iconic symbols of Italy. 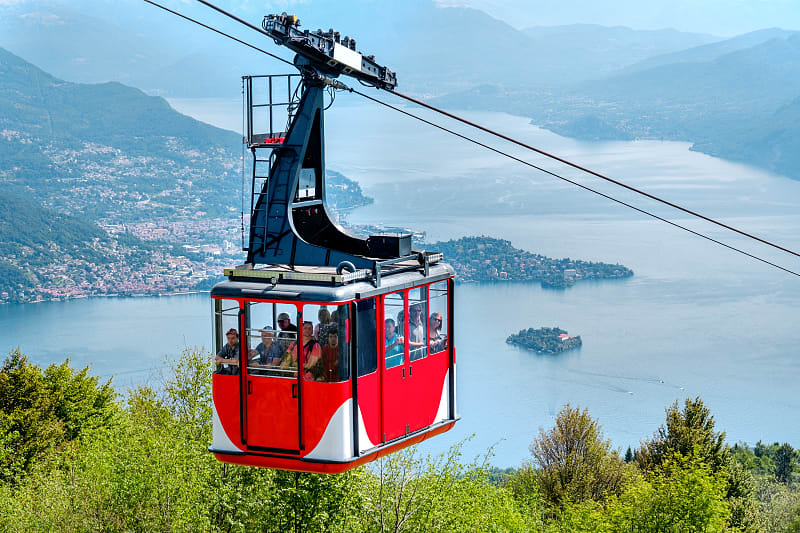 The most typical locations to ride a cable car include: 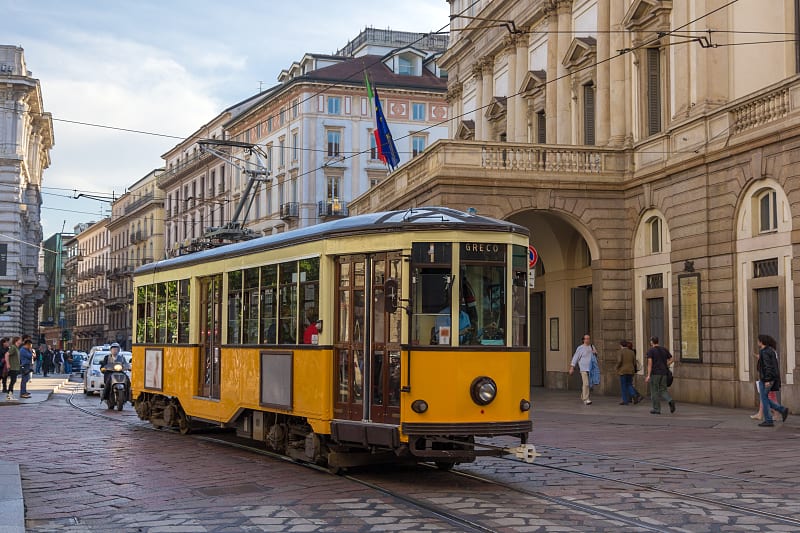 Trams are an easy and exciting method of travel inside cities like Milan and Rome. Although Rome’s tram network is limited, Milan maintains its historic trams crisscrossing the city for an elaborate network of cars with original fitting, great sightseeing destinations, and an easy loop for exploring the city-center.

Zicasso makes traveling in Italy easy and accessible by ensuring your luxury transports are booked long before your arrival on the Italian Peninsula. When traveling with Zicasso, your Italy specialist ensures you can discover and enjoy traversing the famous countryside and alluring coastlines, glistening seas, and snowcapped peaks at your preferred pace custom-tailored to your timeframe and how you wish to experience Italy. Travel with a private transfer along the Amalfi Coast, fly from Genoa to Palermo, or bask in the views of the Pugliese shoreline from the bow of a boat. Zicasso makes transportation in Italy easy and carefree allowing you to indulge in the history and delight in the renowned beauty free to drive to Florence, ride the train to Venice, or even explore the outskirts of Rome by Vespa.

4.75
Reviews on Zicasso are all from real travelers who used our service, booked a trip, and traveled.
4.75 stars based on 12 reviews
The Top Travel Specialists
Travel Specialists Default & Fraud Protection
We're Here to Help As A Trusted Third Party
Real Travelers' Reviews & Monitoring

Take the hassle out of your trip planning.
We'll match you with top travel specialists.
Help Me Plan My Trip